Rolf Nessing, born 1959, grew up in a then rural area near Berlin between tortoises, lizards and snakes of his father, Rolf Nessing senior, and his mother’s domestic animals. In 1973, at the early age of 14 and strongly influenced by his contact with living nature, he became a volunteer conservation helper in the field of nature protection. His main areas of interest were ornithology, entomology, herpetology and botany.

From 1984 to 1992 he was professionally active at several nature protection stations in the federal state of Brandenburg and made a major contribution to the development of these facilities and the environmental education conducted there. 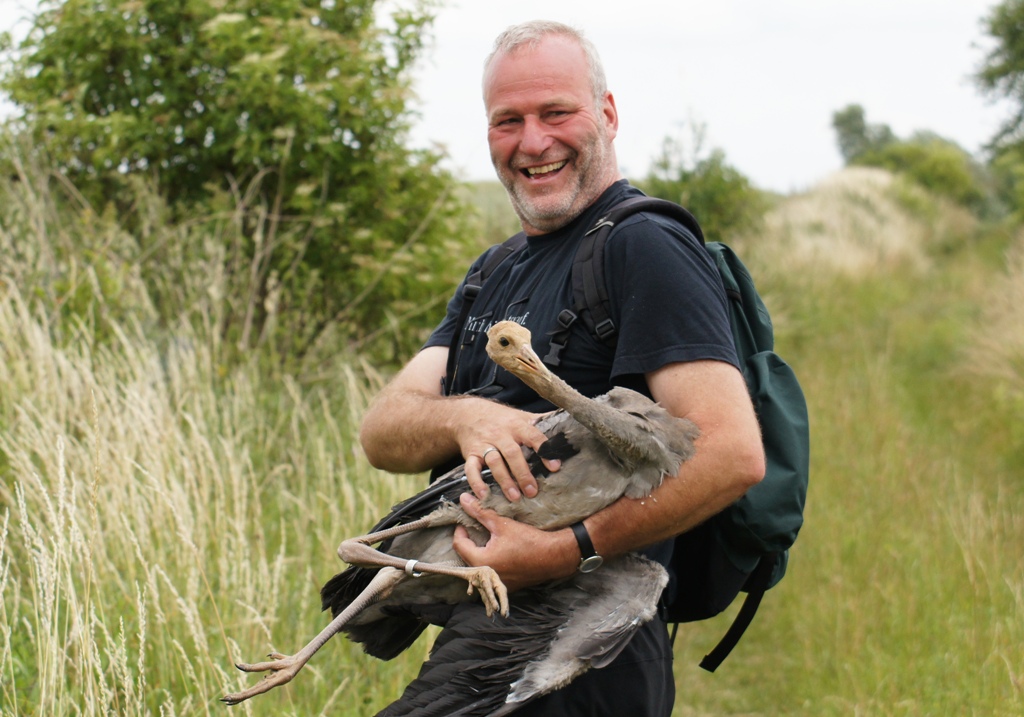 Rolf Nessing has been a voluntary bird ringing assistant in the field of scientific ringing since 1974. From 2000 onwards he has held a ringing licence from the Hiddensee Ringing Centre and has been in involved internationally in ringing in the following countries: 1997 Biological Station Rybachy (formerly Rossitten) near Kaliningrad/Russia; 2000 Israel and Palestine; 2001 the island of Comino off Malta; 2003 Titreyen Göl near Manavgat/Turkey; 2005 Fuentes de Nava, Spain. His naturalist activities have also taken him to Scandinavia (Sweden, Norway), the Balkans (Bulgaria, Romania), Eastern Europe (Ukraine, Poland, Armenia, Georgia), the Mediterranean, Central Asia (Uzbekistan, Kazakhstan) and Australia.

Rolf possesses first class field ornithological knowledge of the bird life of the Western Palaearctic, especially their songs and calls. He has published more than 30 articles in professional ornithological, herpetological and entomological journals.   >> publication list